Know more about the History of Venice Italy

Didn't find where you were looking for?

Knowing the history of Venice Italy will help you to understand this beautiful place. Venice has many names, like “Capital of water” and “Adriatic Queen”. So let’s go and let me bring you back about 1500 years ago when the first settlers arrived in this beautiful lagoon.

I tell you the facts and how it all began with the... 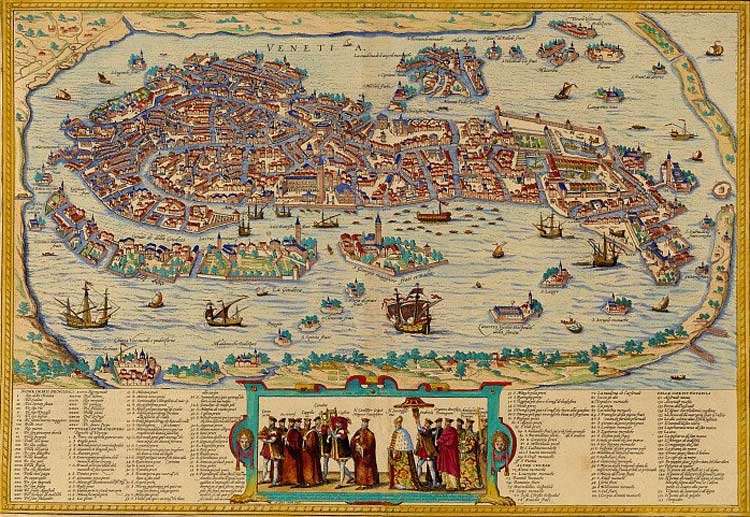 Venice is a Floating city on 7,5 km² with 150 canals, about a 100 squares and 400 bridges. The first settlers were farmers and fishermen from around the Veneto area. They had to flee to protect their lives and to stay out of the hands of Attila the Hun.

They arrived at the Adriatic sea where they discovered some islands just above the water-line. These islands were made out of tree trunks gathered from the nearby mainland, fasted down into the silt.

Top Activity to do 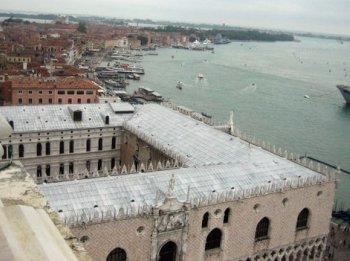 More arrivals came in 568 AD when the Germanic Lombard tribes conquered Northern Italy. They discovered due the particular timber of the tree trunks and the silt of the seawater, the island petrified instead of rotting. And after this fact, the future of Venice was assured...

How many local Venetian citizen are still living in Venice Italy? Around 58.000. Mostly senior citizen. Young couples prefer to move the mainland with the convenience of a car, not to mention lower house prices, cheaper shopping and fewer tourist. Every year almost a 1.000 Venetian leave the city to live in another place.

Local families who have their roots in Venice were....

The people of the early Venice were outstanding sailors. Their boats fanned out from the Adriatic sea into the Mediterranean.

The hardworking traders became soon so powerful that they were owning the biggest ship fleet in Europe. Every deal they made became a profit. They created their own Island State.

The richest families became the aristocracy. They elected a leader, known as the Doge. The doge was the chief magistrate and leader of Venice. Doges of Venice were elected for life by the city-state's aristocracy. Commonly, the selected Doge was the elder in the city. They started to built the Doge Palace and also the San Marco Basilica were built.

However their succes, in the 18th century the trading and shipping industry moved to the other European cities. Venice lost its sea power. It became a dead city with no income. When Napoleon invaded the city, the last of the 120 Dogen disappeared. From 1866 Venice and the islands belong to Italy. In the mid 1930's, Mussolini built a bridge to connect Venice to the mainland.

Venice was rediscovered by world travelers like me and you…

An important note in history; Venetians merchants took in 828 AD the body of Saint Marc from Alexandria to Venice. He became the emblem of the city. They believed Saint Marc gave them prosperity.

You could read about the history of Venice. It is a rich history as you can read. Hopefully you will appreciate this city even more. Please click on the links to explore my site.

Return from 'History of Venice Italy' to my page about 'Venice Tourism Tips'. For secret tips on Venice tourism you've come to the right place. There are unknown spots in Venice. 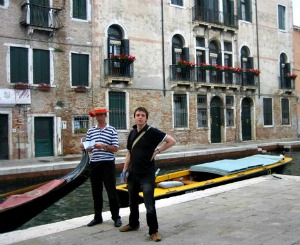 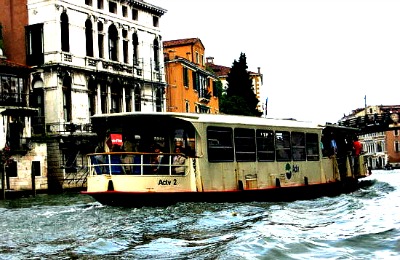 From Venice airport to Venice… 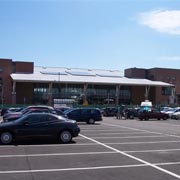 Many options. But how to get there…? I can tell you all about it! Finding your way from the airport to Venice > 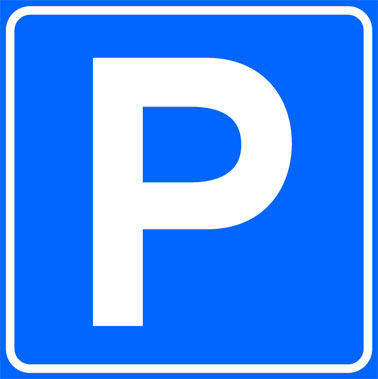